Glassgold's newest book (2014), coming from New Directions, is The Collected Poems of James Laughlin 1935-1997, which he edited, annotated, and introduced. His other recent books are Laughlin's Byways (New Directions, 2005), the posthumous verse memoir by New Directions' founder, which he also edited, annotated, and introduced; Anarchy! An Anthology of Emma Goldman's Mother Earth (Counterpoint, 2012) and the experimental translation Hwæt! A Little Old English Anthology of American Modernist Poetry (Green Integer, 2012), both new and enlarged editions of works published first respectively in 1985 and 2001. His other previous books include: Living Space: Poems of the Dutch Fiftiers (Green Integer, 2005),
an expanded new edition of the landmark anthology first published in 1979; the novel The Angel Max (Harcourt Brace, 1998); a translation (with André Lefevere) of the 1907 Flemish classic The Flaxfield (Sun & Moon, 1989), a novel by Stijn Streuvels; and another experimental translation, Boethius: The Poems from On the Consolation of Philosophy, Translated Out of the Original Latin into Diverse Historical Englishings Diligently Collaged (Sun & Moon, 1994; Green Integer e-book, 2013). 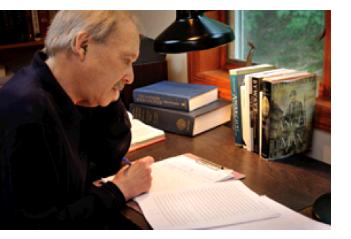 Peter was born and raised in New York City and now lives in upstate New York. He is a graduate of Columbia College, and as an undergraduate he was an editor and writer for the college humor magazine, The Jester. He has been an editor at The New Leader magazine and of The New-York Historical Society Quarterly. From 1970 to 2005, he was an editor at the literary publishing house New Directions, serving as editor in chief and later as editor at large. He was a member of the Executive Board of PEN American Center from 1982 to 1996 and for ten years chaired that organization's Translation Committee. He also sat on the Professional Advisory Board of the Center for Research in Translation at SUNY–Binghamton and on the National Board of The Translation Center, Columbia University. In addition, he has taught and lectured at SUNY–Binghamton, Colgate University, Jersey State College, New York University, and Pace University and has spoken on literary translation before gatherings of the Modern Language Association, the American Literary Translation Association, and the American Translators Association.

In November 2014, Peter was interviewed at the New York State Writers Institute at the State University University of New York, Albany.  To view an excerpt, click here